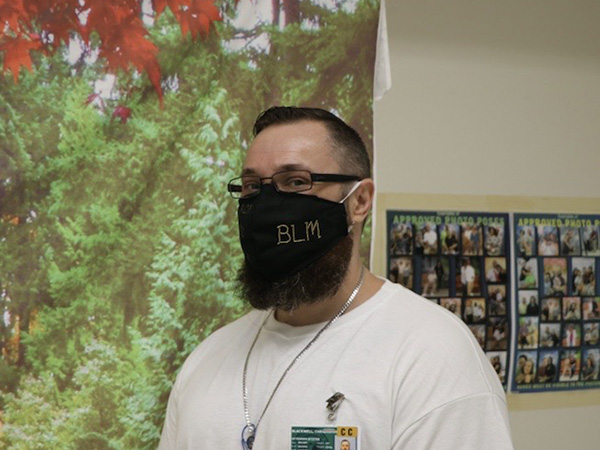 Christopher is a Washington-based award-winning journalist currently incarcerated at the Washington Corrections Center.

He is serving a 45-year prison sentence. He has been incarcerated since 2003.

He was raised in a mixed Native American/white family in the Hilltop Area of Tacoma, Washington. During his childhood, Hilltop was one of the roughest places to live in the country– ravaged by over-policing, gangs, violence, and drugs. His first experience of incarceration came at the age of 12. By the age of 14 he had dropped out of school and followed in the path of neighborhood role models by becoming a drug dealer.

He was in and out of juvenile detention centers until the age of 22 when he was given his current prison sentence.

Now his work has been featured across the country in The Washington Post, Boston Globe, HuffPost, Marshall Project, Insider, Jewish Currents, BuzzFeed, The Appeal, and many more. He is currently in the process of working on a book manuscript about solitary confinement.

Christopher works closely with Empowerment Ave, a nonprofit organization that uplifts the voices of incarcerated writers in the mainstream media.

He now mentors other incarcerated writers. Christopher is also a member of the Concerned Lifers Organization. In addition, he is a trained restorative justice facilitator.